These are the heroes 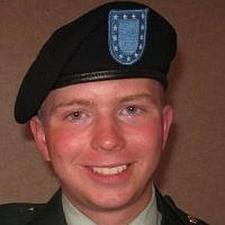 Private Bradley Manning decided to blow the whistle on one heinous crime (probably among thousands) committed by US Apache Helicopter Crews roaming the skies in Iraq to ‘blow away’ terrorists. The recorded conversations between command centre and crew reveals a chilling insight into the sociopathic condition of men trained to be hunters and killers of fellow human beings.

Just like their Old Testament warrior counterparts they are trained to have no conscience.

On July 6, 2010, Private Bradley Manning, a 22 year old intelligence analyst with the United States Army in Baghdad, was charged with disclosing this video (after allegedly speaking to an unfaithful journalist). The whistleblower behind the Pentagon Papers, Daniel Ellsberg, has called Mr. Manning a ‘hero’. He is currently imprisoned in Kuwait. The Apache crew and those behind the cover up depicted in the video have yet to be charged. To assist Private Manning, please see bradleymanning.org.

5th April 2010 10:44 EST WikiLeaks has released a classified US military video depicting the indiscriminate slaying of over a dozen people in the Iraqi suburb of New Baghdad — including two Reuters news staff.

Reuters has been trying to obtain the video through the Freedom of Information Act, without success since the time of the attack. The video, shot from an Apache helicopter gun-sight, clearly shows the unprovoked slaying of a wounded Reuters employee and his rescuers. Two young children involved in the rescue were also seriously wounded.

See the videos yourself
Watch The Lucifer Effect by Prof Zimbardo