The spiritual battle in the world is played out in every courtroom, every secret chamber of power, every classroom, every bar. Both giver and taker of knowledge share a common experience across all areas of social organisation. The battle is in the mind and boils down to a choice that has to be made between two irreconcilable views of the origin of human life. 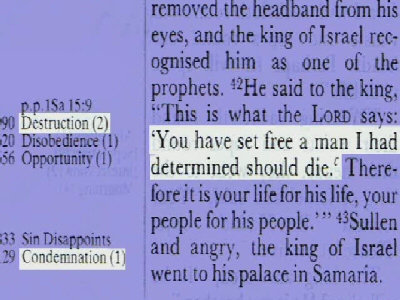 This video alludes to the stark choice between perceptions of reality, which are starker the more extreme the perception. One extreme perception is that of a dead impersonal universe mechanically driven by its own power of abiogenesis, which enables a self creating cosmos to magically begin its existence for no other purpose than to manifest innumerable random events.

A dead universe cultivates nihilism as a force behind politics and religion, which is conceptually bleak and compels academia to over compensate for meaninglessness on a grand scale. Meaninglessness cultivates the need to make meaning out of nothing and nearly always the destruction of others in war provides the most satisfying and fulfilling approach to creating a meaningful identity and status in an empty universe.

Citizens collectively destroy other citizens who in turn collectively do the same in return in a never ending circle of meaningless violence. All are brain washed by educators in schools and by the intelligentsia in the media to believe they are the centre of a dead mechanistic universe and therefore well within their rights, as gods of the destiny of others, to murder with impunity.

No God, no judgement, no restraint, no progress, no change.

In a place full of little gods confessing the death of God, the death of divine governance and retribution, there is a clarified, distilled anarchy enjoyed by the few who wage war, and a buggered democracy endured by the many who are forced by the few to pay for it against their will.

In a dead universe there is no accountability.

Mark Golding
Brought up in public house environment and sent to a traditional boarding school. Spent my early years in bedsits in London where I mixed with some rather unsavoury people. Became a drug addict. Experienced a new life and transformation of character surrendering myself to Christ. But never could reconcile the narrative of the Bible with the narrative of Jesus Christ entombed within.
RELATED ARTICLES
Videos