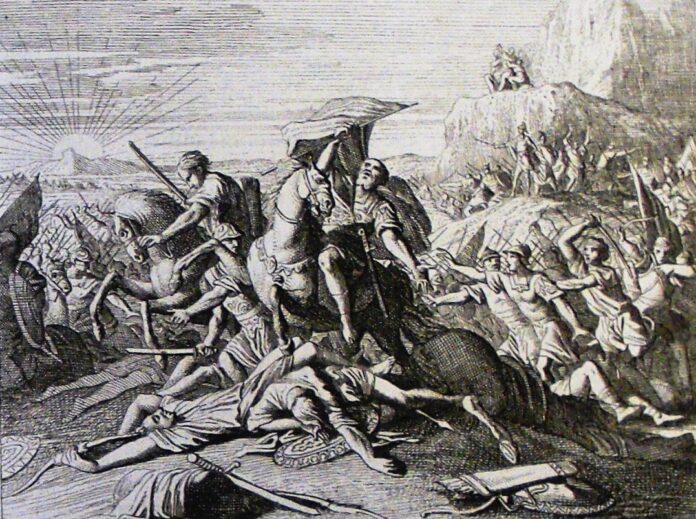 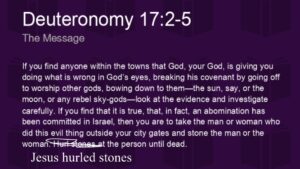 Completely destroy them
Religionofpeace.com (now extinct) website tried to reconcile the violence in the Old Testament with the Gospel of Jesus Christ by arguing that the violence was for a particular period in Israel’s history and is not for now or for universal use since Jesus Christ came to show a new way of living.
Bill Warner puts it thus: “The political violence of the Koran is eternal and universal. The political violence of the Bible was for that particular historical time and place. This is the vast difference between Islam and other ideologies. The violence remains a constant threat to all non-Islamic cultures, now and into the future.”
Bill is being somewhat disingenuous if he thinks it is possible to contain the violence in the Old Testament as a necessary evil commanded by God within a particular historical moment in the shabby life of Israel. The problem for Bill is that it is not in God’s nature or character to command his created beings to destroy each other. This idea comes from texts that are an account of sinful men born in sin. His belief in a portrayal of God that involves unique historic periods set aside by God as special occasions for conducting wars has led him, like most theologians, to dumb down the violent aspect of the Jewish portrayal of God in order to present to the world a unified Bible, to lift up the Bible instead of Christ as the Truth.
The idea that the army commanders of Israel were hearing from God when they set out to slaughter their neighbours is based on testimonies of men who were utterly full of sin. The dilemma for both Christian and Muslim reverence for texts that contradict the Spirit and Nature of Jesus Christ is that they both offer a theology that is essentially anti-Christ.

No.1: God is eternal, he never changes his personality, his character and his will, which he expressed fully and completely and truly in Jesus Christ through words that were not tainted by sin. No.2: Texts canonised as holy by generations of bird-brained theologians are neither holy nor constitute a true reflection of God. No.3: People who promote the Old Testament and the Koran as God inspired texts have a preference for sinner’s testimonies over and against the sinless testimony of Jesus Christ and their inheritance will be according to whom and what they worship.

From the Old Testament
“Completely destroy them—the Hittites, Amorites, Canaanites, Perizzites, Hivites and Jebusites—as the LORD your God has commanded you”

“If a man or woman living among you in one of the towns the LORD gives you is found doing evil in the eyes of the LORD your God in violation of his covenant, and contrary to my command has worshiped other gods, bowing down to them or to the sun or the moon or the stars in the sky, and this has been brought to your attention, then you must investigate it thoroughly. If it is true and it has been proved that this detestable thing has been done in Israel, take the man or woman who has done this evil deed to your city gate and stone that person to death”
(Deuteronomy 17:2-5)
“ When they came into the house, as he lay on his bed in his bedchamber, they smote him, and slew him, and beheaded him. They took his head, and went by the way of the Arabah all night, and brought the head of Ishbosheth to David at Hebron. And they said to the king, “Here is the head of Ishbosheth, the son of Saul, your enemy, who sought your life; the LORD has avenged my lord the king this day on Saul and on his offspring.” (2 Samuel 4:7)

From the Koran
“I will instill terror into the hearts of the Unbelievers: smite ye above their necks and smite all their finger-tips off them.” (Quran 8:12)
[Allah’s Apostle said] “The Hour will not be established until you fight with the Jews, and the stone behind which a Jew will be hiding will say. “O Muslim! There is a Jew hiding behind me, so kill him.” (Bukhari 52:256)
“Fighting is prescribed for you, and you dislike it. But it is possible that you dislike a thing which is good for you, and that you love a thing which is bad for you. But Allah knows, and you know not.” (Quran 2:216)
But when the forbidden months are past, then fight and slay the pagans wherever ye find them, and seize them, beleaguer them, and lie in wait for them in every stratagem (of war); but if they repent, and establish regular prayers and practice regular charity, then open the way for them: for God is Oft-forgiving, Most Merciful (Quran 9:5).