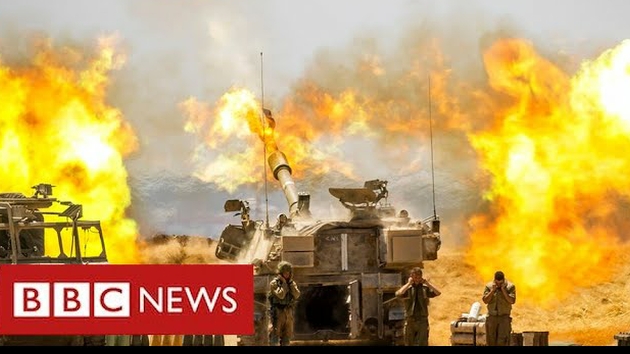 The news industry & the purification of militarism & war

One of the biggest influences on the way the media outlets shape news is the power of the people behind the money that keeps the media afloat. Like any other commercial venture their survival is dependent on keeping major investors happy, the powerless reader excluded. Contrary to common myths about the independence and impartiality of the press, political influence is a purchase because the infrastructure of a capitalist based economy is controlled by very wealthy families who rely heavily on a friendly media to keep sheeple indoctrinated with their machiavellian political & social ideology. Since the world’s media output is predominantly in the hands of 5 major news corporations already you can imagine how political power is concentrated and how enclaves of the super rich maintain a flirtatious relationship with them.

News is shaped in a certain way, moulded to a certain ideology or ‘group think’ expressed by an affluent society of high profile professionals, military elite, leading academics, celebs and nobility because those who manage news are part of the same socially incestuous crowd. Naturally they feel duty bound to serve the ideological interests and political sensitivities of the their social class. Information that might cast a poor light on other groups affiliated to or syndicated with theirs might well suffer the fate of an editorial massage. Reports and eye witness accounts that might damn the entire raison d’etre of UK/US war planning, like the now proven sexing up of the Iraq Dossier for example, is quickly moved into the ether away from public consciousness. In other words the mainstream society of journalists serve a social class in politics involving soldier politician and industrialist working in key government positions who conceal their far right or neofascist agenda behind a public persona which is all about ensuring a continuity of a fifth column type of political and military-backed resistance to the development of a fully functional democratic State. Their worst fear is a democratic system, through the enforcement of Parliamentary Acts, that brings secret elements of the military industrial complex under greater public scrutiny and control. When it comes to world class investigative work on the official version of the 911 event most journalists choose the safety of their jobs over conscience.
.
The 911 event benefited the international demographic clout of the super smug top 3 oil processing nations US, UK, Saudi Arabia whose investments in war have multiplied, producing returns a thousand fold, since the setting up of multiple war arenas around the globe, in Afghanistan, Iraq, Pakistan, Libya, Syria. No newspaper or broadcaster would give prime time exposure to arguments that show the fabric of Military Establishments under Western Oligarchies to have been built on lies because the wealth of the affluent classes is directly connected to the successful prosecution of wars precipitated by 911. Wars that not only secure huge profits for the affluent investor, for banks and fund managers and that secure the total monopoly of global energy resources like oil and gas for a handful of transnational corporations (that incidentally regard local Government as an interference to their global power) need to be projected in the news as a public service, as a ‘defense of national interests’. So, it is likely that the news wire complex is hard wired into covert and secret military industrial agencies like the CIA and MI6 so that a uniform shape to news output is properly maintained, regardless whether the story is factually true or not. This is the crux of Wikileaks take on the way information is manipulated and filtered by military interlopers interfering with the data before it’s pumped into the main news wire so that the public are kept disinformed about the true movers and shakers behind world events. Leaked information through Wikileaks is the tip of a fantastic iceberg in terms of the scale of deception and lies that are fed into the news wire daily. Contrary also then to the common perception that most of what we read in the press and watch on TV is for good public consumption is the high probability that our minds are infused with toxic propaganda – information for indoctrination purposes – like Soviet State education in the Stalinist era.

On the other hand the BBC sometimes makes room for documentaries that go against the grain of a whiter than white media service like the one released in 2004 called ‘The Power of Nightmares’ produced by film maker and social critic Adam Curtis. You can watch the third part The Politics of Fear which ironically sets out the case for Media Duplicity in the handling of world news.

In the next few months and through 2013 under the title Truth vs Lies I will take you on a journey through the labyrinth of the Military Industrial Complex to give you a glimpse of how the elite operate, who are the wealthy key players, how they organise their absolute power from behind a facade of media respectability and public propriety protected by bullet proof cars and private security firms, who use anyone – with a military/special services background preferably – willing to do the dirty work of murdering, raping, pillaging, terrorising, framing, bombing, poisoning and eliminating individuals or groups who try to expose the extraordinarily evil under belly of a Military World Order that they effectively run between them.

I will attempt to show how the front line soldier is led by officers in a command structure who simply pass down the line a package of information that does not give the troops a complete and true reason why they are fighting on foreign soil.

Mark Golding
Brought up in public house environment and sent to a traditional boarding school. Spent my early years in bedsits in London where I mixed with some rather unsavoury people. Became a drug addict. Experienced a new life and transformation of character surrendering myself to Christ. But never could reconcile the narrative of the Bible with the narrative of Jesus Christ entombed within.
RELATED ARTICLES
Truth I Lies

2. Is Militarism based on a lie?