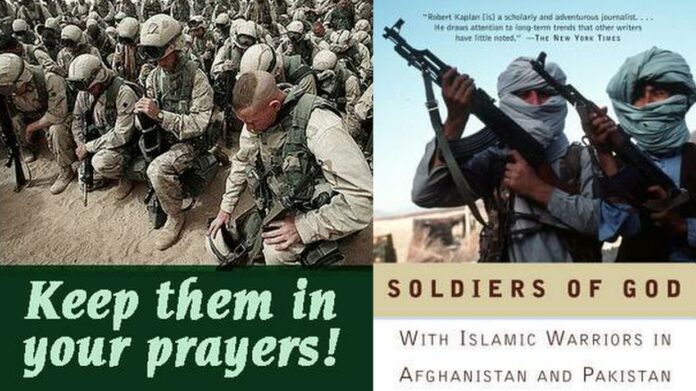 Here is another rejection of the idea that Christianity is all about Jesus. It ain’t. It’s cursed by Judaism.

To understand why a very dark contradiction of behaviour has been manifested by the great and good in the history of Christianity and Islam it is important to trace it to the human spirit of destruction that existed in primitive cultures in the first place, that inspired men to record it as an experience of a warrior God. It is important to understand also that the human/animal spirit that inspired these ideas of God aiding and abetting one group of people to wage war against another group, ideas that later would become cultural narratives about the ‘acts of God’, is a spirit of death and deception that eventually produced oral traditions called the Torah out of which Talmudic Scripture and the Q’ran evolved. The dark pathos of both, the way they project schizoid human psyche onto the character and nature of God, was troublesome for Christ who called it’s teachers ‘sons of the devil’. The cultural narrative of the ‘acts of God’ draws its inspiration from the destructive nature of man but in order to conceal this it is necessary to give God WAR-LIKE attributes that the human spirit can identify with, to then call these attributes ‘holy’ and then conjoin the human spirit of destruction with the will of a holy God to give the destructive human spirit not only a new identity, but a will or motivation higher than itself. The resultant narrative that Jesus Christ had to deal with gave HIM a real headache as the Pacifist Son of God. The deception that Jesus saw in the scripts is the same deception that deceives Christians and Muslims today. The deception is in the portrayal by warriors. In the portrayal, God’s character and will is diametrically opposed to the portrayal given by the one who claimed to be the Way, the Truth and the Life.

In the narrative of Jesus Christ we see him talking to people brainwashed by religious leaders who claimed to be descendants of Abraham and therefore of God and this is what he had to say to them.

“You belong to your father, the devil, and you want to carry out your father’s desire. He was a murderer from the beginning, not holding to the truth, for there is no truth in him. When he lies, his speaks his native language, for he is a liar and the father of lies. Yet, because I tell you the truth, you do not believe me? Can any of you prove me guilty of sin? If I am telling the truth, why don’t you believe me? He who belongs to God hears what God says. The reason you do not hear is that you do not belong to God.” Jn8:44-47

Wherever the Bible or the Q’ran goes, giving credence to the idea that the narrative of the heretic Jesus Christ is on an equal footing with their narrative, you can be certain the spirit of man (satan) the spirit of killing, murdering, destroying and deceiving will go with them.