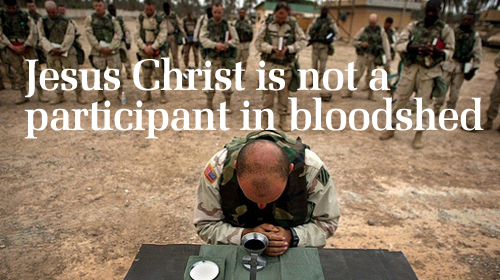 Perhaps one of the greatest deceptions ever achieved by a small group of people about 1700 years ago is the idea that Jesus Christ endorses as inspired by God every detail of the story his forefathers told about themselves recorded in the scrolls. This deception ultimately grew into a canonical collection of writings dubbed as ‘holy’, as God breathed, called The Holy Bible.
By subtly retrofitting the narrative of Jesus’s life to fit the narrative of the Jews who cried for his crucifixion, the priestly ruling class of Israel together with the newly formed priestly class of a church locating itself in Rome, using literacy as a kind of weapon of political power,  achieved total suffocation of the reforming influence of his portrayal of God, his atoning death and resurrection.  The suffocation was in my view well planned and well coordinated by the Jews who insisted their ‘sacred’ scriptures be included in the construction of The Bible.

‘You are not of my Father’ VIDEO

Mark Golding
Brought up in public house environment and sent to a traditional boarding school. Spent my early years in bedsits in London where I mixed with some rather unsavoury people. Became a drug addict. Experienced a new life and transformation of character surrendering myself to Christ. But never could reconcile the narrative of the Bible with the narrative of Jesus Christ entombed within.
RELATED ARTICLES
3. It's the belief that is a lie

2. Is Militarism based on a lie?